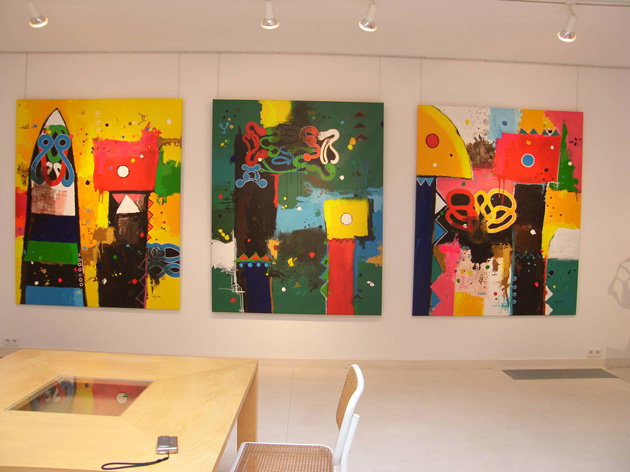 Foundation Herman Krikhaar’s first exhibition was of large paintings by the artist Marcel Pinas (Pelgrimkondre, 1971), a Surinamese artist of Maroon descent. His birthplace is near Moengo, in the Marowijne district, which (along with nearby Moiwana) was the center of conflict of the Internal War. This origin plays an important role in Pinas’ work, which is about his own experiences in the past, and about the destruction of the Ndyuka culture in Suriname.